Building authority with Google will require more than just publishing a site with only 30 pages, according to Search Advocate John Mueller.

This is especially true if the site hasn’t published new content in a while.

Mueller makes this statement in response to a Reddit thread asking why new articles for an “authoritative” website aren’t being indexed.

The thread’s original poster (OP) claims to have published 30+ articles on their site and believes it is authoritative due to the links it is receiving.

Google isn’t indexing new content as quickly as it used to after a three-month hiatus between publishing new articles.

The OP wonders why some URLs aren’t being indexed despite manual submission.

Mueller responds with a rude awakening for the OP, stating that Google finds it difficult to regard their site as an authority with only a few dozen articles.

Mueller begins his response by emphasizing that there is currently nothing wrong with Google’s indexing systems.

Indexing bugs do occur from time to time, but that is not the issue here.

Rather, this is an example of Google being picky about what it indexes.

Because the site has a small number of articles and hasn’t published new content in several months, Google will be pickier about what it indexes when it resumes publishing.

“I don’t see anything broken in the way Google indexes stuff at the moment. I do see us being critical about what we pick up for indexing though, as any search engine should.

It’s really hard to call a site authoritative after 30 articles, and especially if you’ve stopped publishing for a while, I can see how Google might be a bit more conservative with regards to indexing more.”

Indexing may increase in the future if Google determines that the site has more to offer searchers than 30 pages of content.

There’s nothing the OP can do to speed up the process other than keep publishing new content.

“Over time, as we see that your site is more than just “30 ok posts”, and instead something we’re keen on sending as many users to as possible, then indexing will pick up.

This isn’t something you can push through technical means though, it’s not the button-push before indexing that makes your site by far the best of its kind.”

Mueller concludes his response by encouraging the OP to strive for greater heights in all areas.

It is no longer sufficient for a website to be on par with other websites on the internet. It has to be noticeably better.

“Making your site “just as good / bad as others” is not compelling — you should really aim significantly higher, and not just for the text on your pages, but for everything across your site, and its embedding within the rest of the world / web.”

This conversation has two major takeaways.

One is that a site with only 30 pages is unlikely to be regarded as authoritative.

The second is that Google may slow down indexing for a site once it determines how it fits in with the rest of the web.

It’s normal for Google’s indexing patterns to shift, and even manual submission doesn’t guarantee that a page will be indexed.

Need help with our free SEO tools? Try our free Robots.txt Generator, Get Source Code of Webpage, Domain into IP.

Learn more from SEO and read How to Run an Outreach Link Building Campaign?

IndexNow will be tested by Google

Voice Search Is Not the Way of the Future 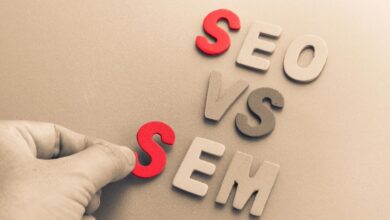 SEO vs. SEM: What’s The Difference?

Are Internal Links In Footer and Header Treated Differently?